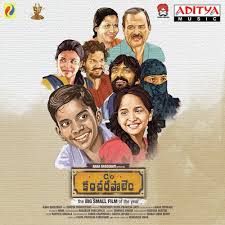 I watch lot of movies and so you can call me a movie buff. I watch some films for entertainment, some films for motivation and some films for messages. I don’t write reviews or opinions for all of them but I do write about my opinion for films which I feel magical and C/O kancharapalem is one such movie after AWE(which I already reviewed in WP).

I was not at all interested to watch this movie after watching the trailer , there was not even one known face in the movie and frankly speaking it was too natural, but everyone who had seen the movie were showering praises on the actors and the director . So to know what was in the film I started watching the movie with very less interest and so I did not like it in the beginning and the same feel carried till the interval, it was just like a normal movie. I was almost done with the movie as the movie approached climax and frankly speaking I was very much disappointed as there was no message and no motivation in the movie, it seemed pretty ordinary to me but in the last two minutes ,Damn….. my opinion about the movie just turned upside down. Generally we feel this magic in thriller movies especially  when the mystery or logic is revealed and then whole story makes some sense. But this movie gives you a powerful message just a moment before the movie was about to end. I Probably felt that for me this was the first movie which revealed its genre in the last moment .While walking out of the theater I was thinking about the movie , the deeper I was thinking the deeper was the message. I just don’t want to talk anything about the movie or the characters as I may give you away a hint which might not let you feel what I felt about the movie. I want all of you to feel the same magic which I was feeling while I left the theater. Please watch the movie

All Praises for the director for exceptionally dealing a sensible story and I Thank Suresh production for backing such a wonderful movie.

View all posts by vijaywriting